You are here: Home / eCommerce Best Practice posts / Canada’s Internet economy: How we rank in the G20 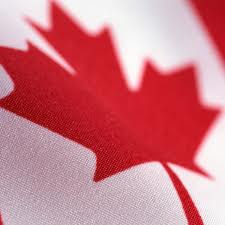 Last month the Boston Consulting Group released an excellent report on “The Internet Economy in the G-20”. By combining data from various high-credibility sources — like the Economist Intelligence Unit, ComScore, the IMF, and The World Bank — BCG makes a compelling argument that eBusiness will be a major driver of economic growth in both developed and developing economies alike.

Here are some highlights:

High-growth eBusiness – Across the Globe

The BCG report indicates that the Internet economy will grow by 8% annually over the next five years in the developed markets of the G20, beating almost all other traditional market sectors in growth. By contrast, the growth rate in developing markets will be even higher, exceeding a whopping 18%.

But it’s not just the growth rate of the Internet economy that is impressive; it’s also its size. Across the G-20 countries, the report estimates that the Internet economy will contribute over 5% to G-20 GDP by 2017, making the Digital economy one of the largest market sectors in most countries.

Where does Canada rank? Leader or laggard?

G-20 nations will undoubtedly compete for leadership in this booming economic frontier. So how does Canada rate?

According to the BCG report, Canada is considered a “player”, with middle-of-the-pack GDP contribution of 3.6% by 2016 — well below the 2016 developed market average of 5.5% of GDP, and uncomfortably close to some of the G-20 “laggards”.

My reaction? I expect Canada to do better. Much better!

Something doesn’t add up

Here in Canada, we have all the foundational elements in place for a booming Internet economy: An extensive broadband infrastructure; a mature distribution and logistics system from coast-to-coast; and a highly educated, tech-savvy workforce.

But most important, we are a nation of “happy clickers”.  Research by ComScore shows that Canadians spend more time online than any other country, including highly wired societies such as China, South Korea, and the US. Canada also tends to lead in the adoption of new social technologies, such as Facebook and Twitter. The average Canadian spends a massive 45.3 hours a month online.

Clearly, Canadian consumers are online. And since the BCG report indicates that consumption is the principal driver of Internet GDP in most countries, typically representing more than 50% of the total in 2010, our “clicking” should be translating into “transacting”.

I think there is more to it than that.  And so to get to some real actionable insight on what is holding the Canadian eBusiness sector back from more impressive growth, ePath is planning to conduct an in-depth survey of eBusiness Managers at leading Canadian companies over the next several months. Goals. Gaps. Roadblocks. Opportunities.

If you would like to contribute your insight to this study, pls email us.

Welcome to our Best-Practices Blog

Curated global and Canadian best-practice insights on how to drive more results from your online business.